Guest post written by Roisin Doolan from the Inspire Foundation!

Hello running4reachout blog readers. I’m Roisin and I work for the Inspire Foundation. Since I can’t help Oliver with his running, at least I can lend a hand with his awesome blog. Unfortunately, I can’t compete with Oliver’s wit as a writer and I don’t have any funny pictures [Editor’s note – flattery will get you everywhere! 🙂 ]  but what I can do is explain the amazing work the Inspire foundation and in particular, what ReachOut.com does.

Hopefully this will go some way to explaining why Oliver would, in a moment of madness, commit to running 20 marathons in 2012 in aid of this charity.

In late 1992, a young man took his life on a farm in north-eastern Victoria, Australia. This had a huge impact on the young man’s family and friends, and one of them was his cousin Jack Heath.

At the time Jack was working as advisor to the Australian prime minister. In early 1995 Jack took leave from the Prime Minister’s office to reflect on his own life and aspirations and the increasing number of youth suicides in Australia.

In August 1995, when the Microsoft Network was first established, international figures participated in live chat sessions to encourage people to take up the new technology. From his home in Canberra, Jack joined people around the world in a chat session.

Excited by the immediacy of the responses and potential power of the internet, Jack Heath had a vision: to connect with young people through the media they use, providing comprehensive resources and support to improve their mental health and well-being.

Jack’s vision, along with the support of his friends and colleagues, gave birth to the Inspire Foundation. On 18 March 1998, ReachOut.com was launched.

Why we do it

ReachOut.com’s tag line is “helping young people through tough times”. We see mental health not in terms of disorders but as a continuum, where throughout our lives we will all at some stage in our life experience a tough time. This could look like anything, your first break-up, exams, losing someone close to you, anxiety or depression. To maintain good mental health you need skills to deal with problems early. But many young people do not have the knowledge to recognise these problems early on. In many cases they don’t know where to go to for support.

Inspire and ReachOut.com in Ireland 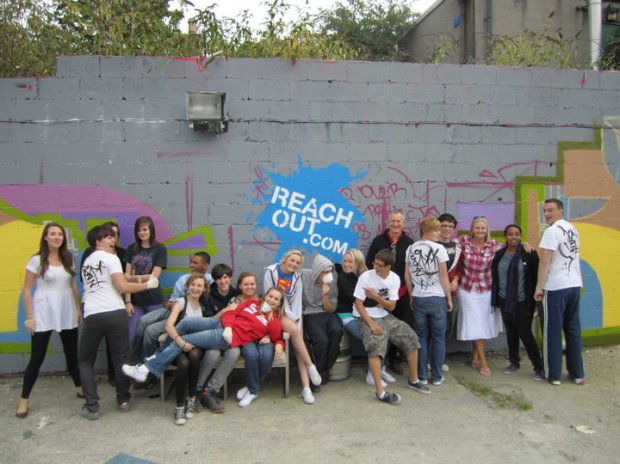 The Inspire Foundation was established in Ireland in 2009. Combining technology with the direct involvement of young people, it delivers innovative and practical online programmes that help prevent youth suicide and improves young people’s mental health and wellbeing. Our flag-ship service ReachOut.com was launched in November 2009.

ReachOut.com takes the mystery out of mental health by offering comprehensive and in-depth information on mental health issues for young people. It also provides a safe space where young people can engage with each other on issues that really affect them – from drugs and alcohol to suicide and self-harm, from exam stress to bullying.

The service encourages help-seeking and facilitates connections between young people so they can share their stories and provide support to each other in a positive environment.